A £6m loan from Unity Trust, the commercial bank with a social conscience has enabled ARHAG Housing Association to purchase 47 developed units in Barnet, London. The units will provide much needed housing and support for refugee and migrant communities in the area.

The developed units are split across Beechcroft Court; a newly built block of 21, two-bedroom flats located in Woodside Park, and 26 two and three-bedroom houses spread across Barnet in Edgeware, Burnt Oak and Muswell Hill.

ARHAG Housing Association is a leading Black and Minority Ethnic (BME) Housing Association founded 40 years ago, in response to an urgent need for housing and support amongst Britain’s migrant & refugee communities.  It has now grown to over 900 properties across 16 London boroughs, including one supported housing scheme for refugees and migrants.

Ian Heesom, Relationship Manager at Unity Trust Bank said: “As a commercial bank with a social conscience, we’re committed to having a positive impact on the communities that we serve. Organisations like ARHAG are increasingly looking for an ethical bank that shares their values.

“There is a shortage of housing in London generally, but particularly so in inner city areas.  I’m pleased that our lending can help to alleviate this issue for communities in need.” 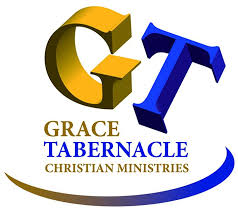 
View all from London